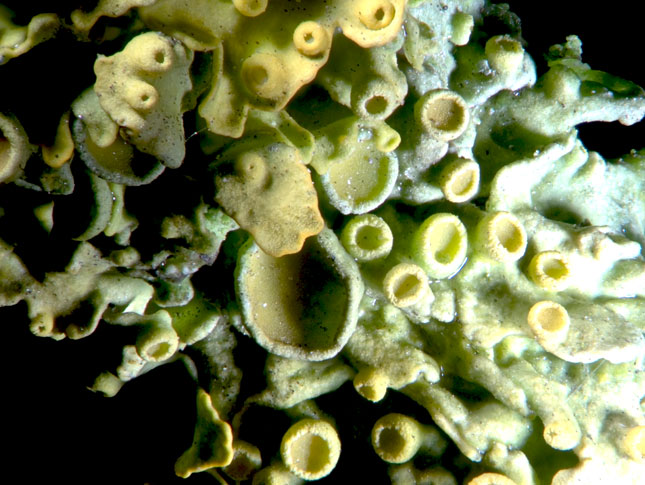 Lichens are amazing. They are found in so many places, but because they look familiar, we seldom stop to think about their complexity. Lichens are slow growing, symbiotic organisms made up of a fungus and an alga.

Because of symbiosis, lichens, or at least their components, belong to two kingdoms: Fungi and Protista. Some lichens also contain cyanobacteria and belong to Kingdom Archaebacteria as well.

To some people, lichens may look like blobs of paint on rocks or tree trunks. It is fascinating to think about the fact that these “blobs” are really very complex organisms carrying out all sorts of functions. Not only that, they are useful to us! Some lichens contain pigments (chemicals that give color to plants and animals) that people can use to make dyes. Native Americans have left evidence of using lichen dyes in the making of blankets and baskets and even today there are techniques for using lichens as a natural dye.

Did you know that lichens won’t grow well if the air around them is polluted? This makes them a helpful indicator species when we study air quality. And about half of lichen species contain antibiotic compounds, some of which are used to treat wounds. Lichens may be small and slow growing, but they are not boring! 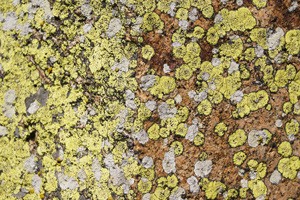 Although they are not technically plants, the algae part of lichens do carry out photosynthesis, so it is reasonable to place their creation on Day Three (Genesis 1:11-13). Biology books often say that lichens are amongst the oldest living things on earth. Well, in one sense, since Day Three was the first time God placed living things on earth. But according to the Bible, Day Three did not occur millions of years ago, but merely 6,000 years ago.

The Bible says, “There is no new thing under the sun” (Ecclesiastes 1:9). From the start, God prepared a little living organism that would be helpful to man in developing dyes, detecting air pollution, and even healing hurts that He knew would come as part of the corruption of his perfect creation.